You can view some interesting snapshots in time... 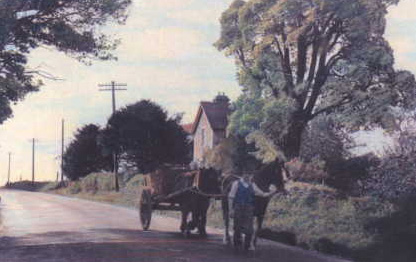 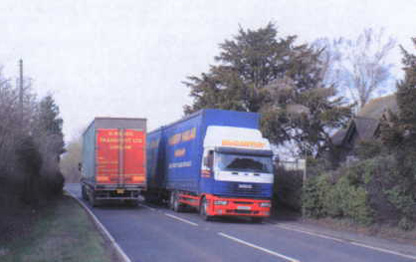 I am much indebted to David McLaughlin for supplying the following photographs. David was going through some old family archives and photograph albums and found one album (very old and the photos mainly faded) of Much Birch in 1901/04.

David's great grandfather, The Reverend Alfred Harry McLaughlin was vicar at Much Birch from 1898 to 1913.

Click on the images below to see larger versions... 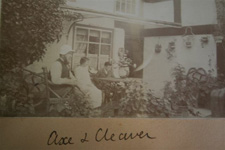 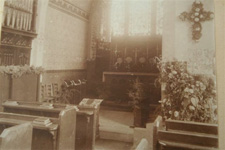 Description from Littlebury's Directory and Gazetteer of Herefordshire, 1876-7

MUCH BIRCH is a neat village and parish, distant about 6 miles S. from Hereford, and 8 N.W. from Ross, situated on the road to those towns via Harewood. It is in the upper division of Wormelow hundred, Harewood End petty sessional division, Hereford union and county court district, and is a polling place for county elections. The population in 1861 was 496; in 1871, 572; inhabited houses, 123; families or separate occupiers, 145; area of parish, 1,287a. 2r. 31p.; annual rateable value, £2,138. The Governors of Guy's Hospital (who are lords of the manor), Mr. Williams, and James Richard Wallace Hall, Esq., are the principal landowners. The soil is fertile, producing wheat, barley, roots, and fruit. Much Birch is in the diocese and archdeaconry of Hereford and rural deanery of Archenfield; living, a vicarage; value, £81, with 4 acres of glebe; patrons, the representatives of the late T. G. Symons, Esq.; vicar, Rev. John Tedman, M.A., of St. Alban Hall, Oxford, who was instituted in 1876. The earliest register is dated 1599. The church, dedicated to St. Mary, is a handsome stone edifice, with nave, chancel, and castellated tower containing two bells. A new vestry was built and the chancel restored in 1869, at a cost of £60. The stone was given by the Rev. D. Capper. In the churchyard are two very fine yew-trees; one of them has a large elder-tree growing out of it. There are a few small charities belonging to the parish. The national school was erected in 1865, on a site given by the late T. G. Symons, Esq. The cost of building was about £300, defrayed entirely by subscription. A residence for the master was added in 1872, at a cost of £290. The average attendance of boys and girls is about 90. Birch House is the residence of George Vernon Bankes, Esq. Aconbury hill, a bold and extensive eminence, is partly in this parish; it is covered with wood, and commands an extensive view over the surrounding country, and exhibits vestiges of a Roman camp, the rampart on the east side of which is very conspicuous.

POSTAL REGULATIONS.-James Morgan, Sub-Postmaster. Letters arrive by messenger from Ross at 9 a.m.; despatched thereto at 5 p.m. Harewood End and Hoarwithy are the nearest money order offices. Hereford is the nearest telegraph office. Post town, Ross. The wall letter-box, near Ash farm, is cleared at 5 p.m. on week-days only.

Click on the images below to see larger versions...